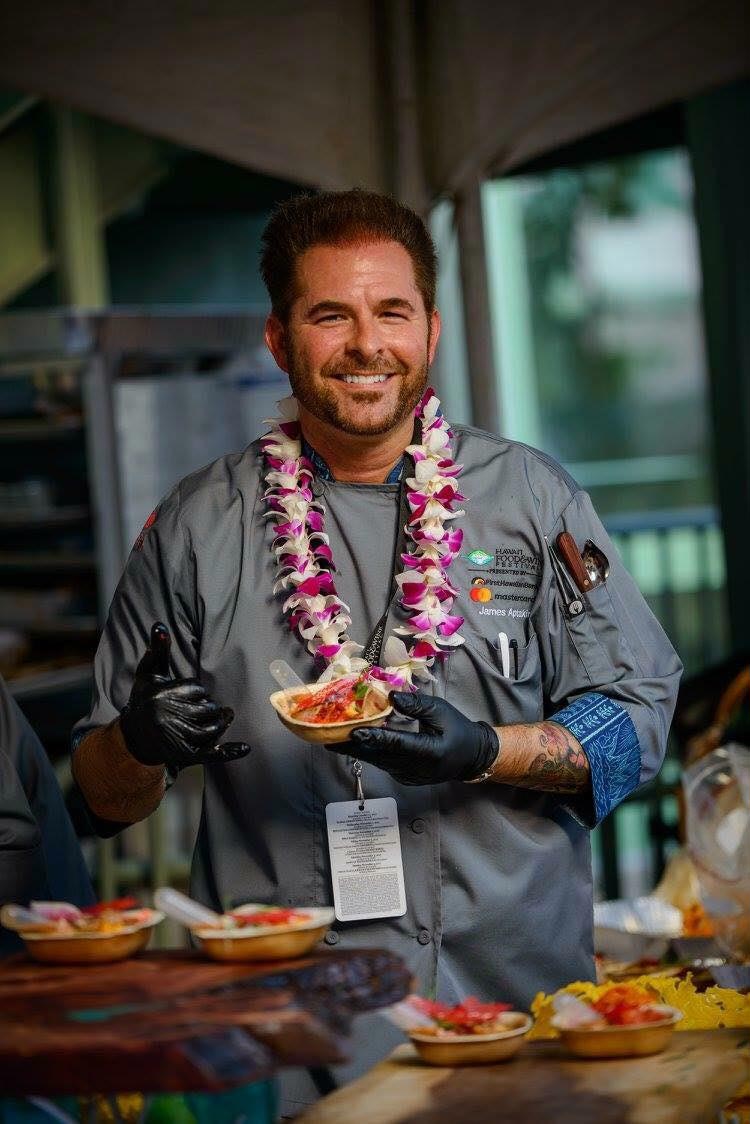 Born and raised in Miami, Florida, Chef James was influenced first by his adoptive mother, and by living 20 years with and dining on the city’s South American food flavors. Chef James’ formal cooking education began on the USS Abraham Lincoln (CVN-72) where he learned to cook for 6,000 aircraft carrier crew members. He later received his degree from the California Culinary Academy, and the Culinary Institute of America. Moving to California, and living in the San Francisco’s Bay area for 22 years gave Chef James the opportunity to develop a large volume background, cooking for thousands at a time at hotels, casinos and convention centers. Continuing westward, James moved to Hawaii in 2011 where he incorporated his South American flavors and California flair with local farm-to-table and Pan-Asian-Hawaiian fusion into even more award-winning menus.

No stranger to TV cameras, Chef James’ has many TV appearances over the last few years. Just to name a few, Taste of America, Home Shopping Network (HSN) promoting his sauces, a Zagat-produced show about high-end Spam dishes; featured on Cooking Hawaiian Style and Living Local; and featured on the FYI Network’s Food Porn with Michael Chernow, and Guy’s Grocery Games. At home in Honolulu with his wife, Ruth, an ICU RN, James enjoys ocean sports, exploring new restaurants and traveling. However, his true passion is philanthropy, bettering the lives of others as his adoptive family did for him when he was four.